The Illinois Fighting Illini men’s college basketball team has a lot to be thankful about when it comes down to their star guard, Trent Frazier.

The 23-year-old has arguably been one of the most important players to have ever lined up for the team in recent years and fans, as well as his teammates and the coaching staff of the college program, will have been happy that he decided to return to the NCAA this year despite being eligible for the NBA Draft.

Of course, with the March Madness tournament already well underway, and a number of huge shocks having already taken place, there will be many that will be looking at Frazier as the man to try and lead the No. 4 ranked South Region team as far as possible in this year’s edition of the competition.

Indeed, there will be many that will be expecting a lot from him given the importance and significance he had on the Illini’s season thus far. He helped the team to obtain a 22-9 record and reached the Big Ten quarterfinals before being defeated by Indiana 65-63 in a close contest; a game in which the guard actually decided to shoulder a lot of the blame regarding the defeat himself.

Nonetheless, many will now be looking for the 23-year-old and potential NBA star of the future to solidify his legacy as one of the best that has ever played for the Illinois college basketball program. Naturally, the records and the stats that he has achieved have helped significantly highlight his importance to the team.

Frazier continues to produce and has shown improvement this season

Of course, this season has been no different in regard to his production on the court for the college basketball team, as he has continued to show why many consider him to be one of the best guards in the Big 10 and why some are expecting him to carry his team to the Final Four of this year’s March Madness.

When you look at his statistics, the 23-year-old has managed to up his total points average from the last two seasons and put it back to a value of just over 12 (12.1) per game as we head into the single bracket competition, whilst Frazier has also improved on last season’s rebound averages (2.8 compared to 2.7) and his assist totals, which has significantly jumped as he is now providing an average of 4.1 compared to the 2.7 he achieved last season.

He will already finish his career at the school as a top-four scorer whilst he currently ranks first in regard to minutes played all-time, as well as being second in the number of starts made and 3-pointers scored. Frazier also ranks within the top 10 when it comes to career steals and assists which has helped to transform the team since he first arrived as a freshman.

In fact, there is an acceptance that his legacy will be remembered by everyone associated with the Illini due to his ability over the years to have helped bring the program back to national relevance after a number of years of disappointment and continued absence from the NCAA Division I Tournament.

With his stats in mind, it is perhaps hardly a surprise that there are many that might have been considering whether it would be worth taking a punt on whether Frazier will be able to carry the team to the Final Four this season.

Indeed, punters are able to obtain a range of options when they utilize the best Illinois sports betting sites that are available to use, with each of them providing an array of different betting markets and odds that can be used, as well as some exceptional bonus promo codes that can enhance the overall experience.

Of course, there will be some that are rather excited about the opportunity to place a wager on March Madness this year in Illinois, although it is perhaps wise to take a detailed look at the NCAA Division I Tournament bracket and the South Region that the No. 4 ranked team is currently in, as reaching the Final Four could be an extremely tough ask.

What would the Illinois Fighting Illini men’s basketball team need to do to reach the Final Four? 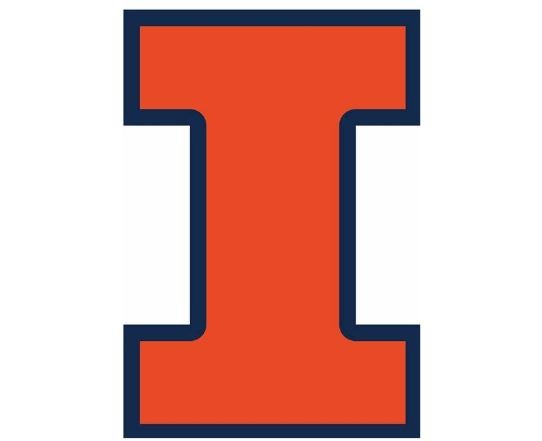 When you take into account the bracket that the team is currently placed in, there is no denying that Frazier is going to have to show and prove to everyone that he is one of the best guards in the Big 10 and he will need to perform to his exceptional standards each and every single time he steps out onto the basketball court.

As we already mentioned, there have been a number of shocks to have already happened within the NCAA Division I Tournament already, although that is hardly a surprise given how unpredictable March Madness has been in the past, with the number of perfect brackets having dropped from almost 20 million to under 200 after the first day of the competition.

To begin with, the Illini’s will need to overcome the No. 13 seed Chattanooga on Friday when they play in Pittsburgh in the first round. Although many would be expecting the higher-ranked team to breeze past them, we know that this is something that simply can not be guaranteed.

If they do manage to achieve this, though, then they will face either the No. 5 seed Houston or the No. 12 UAB. Going based on rankings, you would have to imagine a tough contest against Houston is next in the second round.

A victory here would provide them with a Sweet Sixteen contest where they would likely come up against the No. 1 seed Arizona. If this happens, there is no denying that Frazier will need to have one of the best games of his college career thus far if they are to progress, whilst their reward for beating them would likely be an Elite Eight contest against either the No. 2 Villanova or No. 3 Tennessee.

Basically, regardless of who the Illinois Fighting Illini college basketball team plays, their guard is going to need to prove that he is one of the best in the Big 10 and perhaps even in the entire NCAA.