Basketball is arguably one of the most popular sports in the world, and the biggest league that features this game is the National Basketball Association, otherwise known as the NBA. Due to certain circumstances regarding COVID-19, as well as the health and safety of players, coaches, and other personnel working for each team in the NBA, the league had to be suspended early in 2020.

However, the administration behind the popular basketball association has decided to restart the season at the end of July, although the rules and regulations had to be changed to comply with the government’s goal of lessening the cases of people who are COVID-19 positive. The players and the staff of each team had to stay in one “bubble,” or a place where they would have to remain for the rest of the season. The “bubble” is located in Walt Disney World Resort in Orlando, Florida, which is big enough for the NBA to build temporary basketball courts and for the players and staff to live in.

Because the season will restart by the end of July, fans are excited to once again see some basketball action after more than three months of not seeing their favorite players in their uniforms. The end of July is still quite far, so to fill up the time before the NBA returns, here are ten things that you can do while waiting for basketball to start back up. You can also apply some that are mentioned on the list while waiting for a game to start during half time or even before game day.

There are other sports that you can follow besides basketball, and one of the biggest sports that you can watch right now is football or soccer. Football fans are currently watching who will win a placement in the UEFA Champions League Final, which will occur next season. The PGA (Professional Golfers’ Association) Tour also returned on June 14, 2020, although some of the tournaments that are scheduled for the tour have either been postponed or canceled due to COVID-19.

View Highlights from This Season

Even though the playoffs haven’t started yet, there are already hundreds of highlights of great players doing spectacular moves on the court that you can watch on Facebook, Twitter, Instagram, and YouTube. You can get yourself even more excited as you watch these basketball highlights online. It is better that you watch compilations so that you won’t have to change videos every so often.

Besides highlights, there are also tons of basketball documentaries that you can watch on YouTube or Netflix, and these documentaries will provide you with a different perspective on a player or a team. The most recent documentary that became quite popular is The Last Dance, which focuses on Michael Jordan’s journey in winning his last championship with the Chicago Bulls during the 1997-98 NBA season.

Of course, most of us don’t have basketball courts at home, but for those who have one, you can practice your skills in dribbling and shooting while waiting for the NBA season to restart. Those who don’t have courts can also practice their basketball skills in the yard or in a spacious room, although you are limited to what you can practice on. You won’t be able to play basketball with your friends during the pandemic, but you can still enjoy playing basketball on your own.

Be Updated on What’s Happening in the Bubble

Because the Orlando Bubble is a concept that hasn’t been seen before, the media are always reporting about it for people to understand what it is and what the people inside it do. Even though it was only a few days since the players have entered the bubble, there is already controversial news that is being reported by the media. The reports regarding the bubble may increase in numbers by the time that the season restarts. 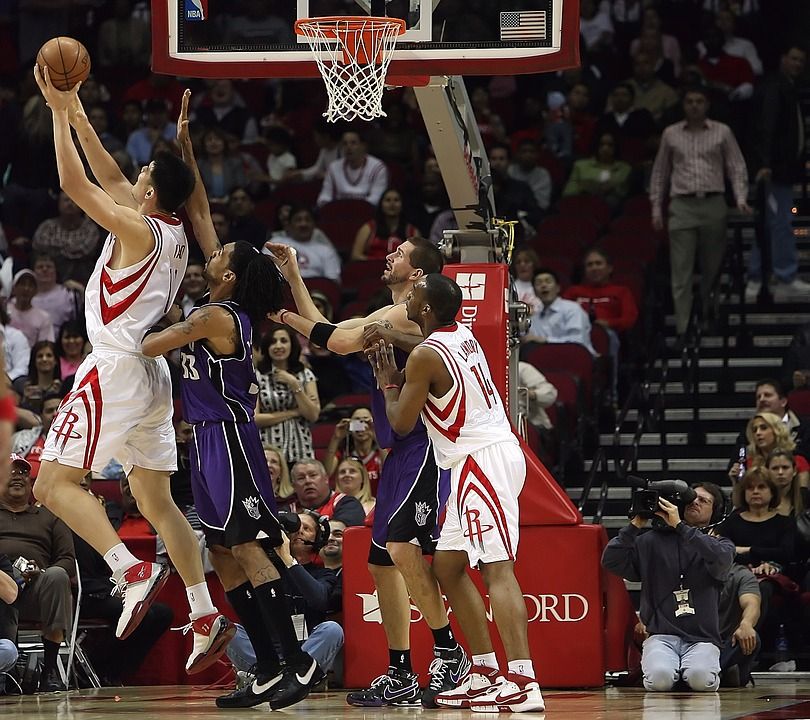 To meet other basketball fans, you can participate in online forums that are dedicated to talking about everything basketball-related. You can find some of these forums on Reddit or Discord, and most of the members are often friendly. From there, you can talk to the other regarding specific topics about the NBA or the Orlando Bubble.

An exciting way for you to past the time before the NBA season restarts is by playing casino games like poker and blackjack. However, since most casinos are still not operational, the only way that you can enjoy playing casino games is by visiting online casino websites. The games found on these websites play like their real-life counterparts, but they are in digital form. Also, like the real casino games, you can win real money by hitting the jackpot or by playing strategically.

Do a Marathon of Previous Games

In order to get you up to date to the current standings and strength of each team, you can watch the previous games that occurred from January to March. By watching past games, you will be able to see who has the bigger chance of getting in the playoffs and winning the championship. If you know a lot about basketball strategies, you can also see the strengths and weaknesses of each team by reviewing previous games.

Have Fun with Your Family

Because of the pandemic, most of us are forced to stay at home. Luckily for some, the situation allowed them to spend more time with their family, as they are all safe in one place. You can get your family involved in your hobbies, and you can introduce them to basketball and your favorite players. If they like the sport, by the time that the NBA restarts, you are not the only person at home who is excited about seeing the Lakers, the Clippers, the Bucks, or any other team play basketball.