Under Armour got a whole lot better with their basketball shoe releases lately. We already have the great performing Clutchfit Drive 2, Curry Two and some others. So how does the Under Armour Clutchfit Drive Highlight 2 stack up? That’s one long name they got, so they better be good. Charged is Under Armour’s newest cushioning setup. It is replaced over MircoG. Charged is lighter and more responsive than MicroG. In return, it loses a bit of its softness. Overall though, it still provides superior balance between cushioning and court feel, which is unusual for a big men’s shoe.

The shoe’s sockliner is, in fact, MicroG. That adds a bit of extra cushioning to the mid section.

ClutchFit is the upper material of the shoe. It is one of the best in the business. It feels great, supportive and comfortable by wrapping around your foot really nicely.

Overall, everything is REALLY similar to the Under Armour Clutchfit Drive 2. So if you’re more interested in mid-tops, check their review out here. 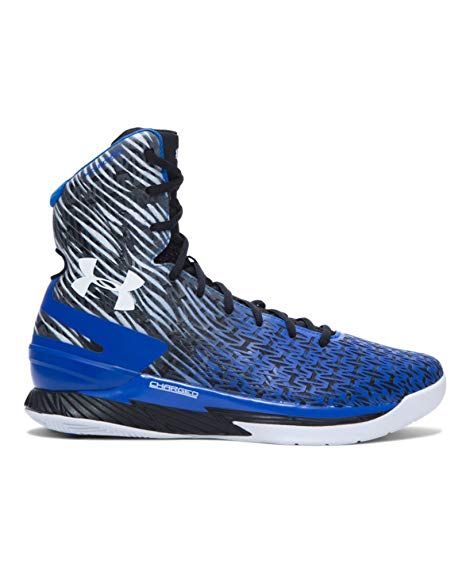 For cushioning, Charged does its job well. I keep repeating that it feels similar to the Clutchfit Drive 2, so for those who don’t have any experience with them, it’s nice. Responsive, light, tight and balanced are the words to describe the shoe’s cushioning. Obviously, the shoe is made for big guys, so impact protection is not lacking.

Traction is solid, nothing extraordinary. And that’s fine, you will never find something golden on a $100 shoe. It is still good though, the outsole holds out multi-directional movements and the pattern’s durability also looks good. Support is easily the highlight of the shoe. The high ankle collar provides unbeatable support for your ankles, the ClutchFit material is supportive and locks down feet. Lastly, the plastic heel counter keeps your heel tight and locked in. So for support or stability, you have zero issues here. This is THE shoe for big men or people who tend to injure their ankles often.

The main upper material is ClutchFit. That’s Under Armour’s premium technology, which definitely is premium. Not only the material is comfortable, but also very supportive, breathable and streches when it needs to. It’s awesome that this shoe improved greatly from the Clutchfit Drive 2, which didn’t use its main material enough. There’s also mesh with Fuse for durability. So no complaints here.

For comfort, you can mostly thank ClutchFit. Other than that, the tongue is soft and sticky, inside of the shoe is also pleasant for the feet. It’s not THE MOST comfortable shoe in the world, but I think it’s more than enough. So to put the Under Armour Clutchfit Drive Highlight Drive 2 in a nutshell,

Too many people discourage UA’s shoes. They think that Nike, adidas and Air Jordan are the only real brands that make high quality basketball shoes. That’s wrong.

The shoe has solid traction, responsive Charged cushioning, killer support and premium materials with solid fit. For a shoe like this, it’s awesome.

They’re not really meant for guards, but it could actually hold its own even on a guard’s foot. If you’re a big guy, you can’t go wrong with these. If you’re struggling with the lack of support, go with the Highlight 2.

Appreciate that you read the review, I hope it helped to make up your mind. What do all think about these crazy high shoes?