However, in football, a player plays for clubs and may or may not play for their national team in international competitions like the FIFA World Cup or the Olympics. Fans have noticed that based on the approximate salaries, clubs pay the footballers a much higher salary as compared to their home country.

How Much Do National Team Players Make? National teams pay their player’s international match fees whenever they represent their country and receive performance-related bonuses. However, national team players have no fixed fees, and it changes with every country.

Each country has its own policy in terms of paying its players, and it can be several thousands of dollars, which is a handsome amount. However, such information is not readily available to the public, making the entire matter much more tricky.

Furthermore, some national teams also offer the squad collective performance-related bonuses, which are often based on how far they were able to progress in a competition. Based on their performance, they receive a bonus to be divided among the squad.

However, some believe that players who play for the national teams can play for free because they earn a high amount from their club fees. Furthermore, they should feel privileged to be able to represent the nation.

In actuality, soccer is a business, and players have to be paid to play; and being regarded as the best soccer player is often not enough for one to cover their bills. Furthermore, not all soccer players demand a high or any fee to play for their country. It is something that the country offers itself, and no one refuses the money that is provided.

There are also cases where players donate their payment for playing in national teams to charities. It is common for players to accept that money, and since they are already making a considerable amount from their club, they donate the fee to help others out.

To most great football players, it is an honor to represent their country, and to play in the World Cup or Olympics wearing their country’s color is an honor. Therefore, they are not too concerned about the amount they are paid.

How Much Do Club Players Make? 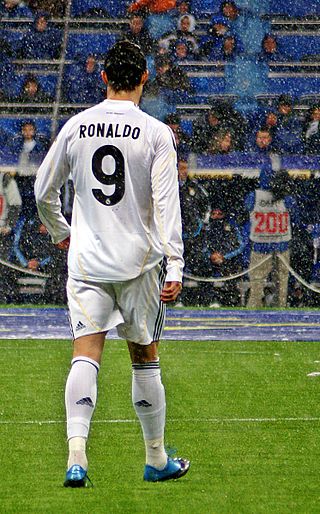 Clubs pay their players a large sum of money to represent them in club matches, and with each passing year, that number is increasing more and more. It is estimated that the clubs in England pay their players upwards of around £3 million per year.

Therefore, soccer players in clubs make much more than an average teacher, doctor, or any other high-paying profession. However, footballers earn more each passing year while the salaries of different professions have remained relatively stagnant.

Recently, the highest-paid players include Cristiano Ronaldo, Jadon Sancho, and David De Gea, who are all from Manchester United. It is reported that Manchester pays Ronaldo, earning £26.5 million, David De Gea £19.5 million, and Jadon Sancho £18.2 million. Other highest-paid footballers also include Kevin De Bruyne, who made £20.8 million per year.

Apart from their salary, footballers also take up sponsorships, which earns them a great deal of money. All of the top footballers have massive deals with companies such as Nike, Adidas, etc.

The Supply and Demand Problem

The question that arises in most people’s minds is whether or not footballers’ salaries are justified. The truth is that football players are more valuable than ever. Here is where the supply and demand problem comes in.

Supply and demand play a huge role in what something costs. If the supply of an item is ample, it will cost less because there is an excess, and everyone can get their hands on it quickly. However, the rarer an object is, the harder it is to get. In such a case, people will also be willing to pay more for it.

This is how the soccer industry works as well. There are many decent soccer players, but highly talented players are few and far between. Therefore, the demand for such players is extremely high within clubs.

Since footballers can essentially choose whichever club they want to go into, they will automatically go where they are given the most considerable compensation. Clubs have to effectively compete for the best players, which is why they have to offer high wages. It is a bid where more often than not, the club with the highest bid wins.

Therefore, since there is such a high demand for high-quality players and a low supply of them, clubs are willing to pay them such high salaries.

Why Do Footballers Earn So Much?

The demand for talented players is higher than ever. Football players that have talent comparable to Messi and Ronaldo are scarce. Out of the 1.5 million players that play English youth football, only 180 make it to the Premier League, which selects only players of the highest skill.

Therefore, there is a high demand for such players. To obtain these players, clubs offer an extortionate salary in an attempt to outbid the other clubs. The higher clubs usually earn a lot, which is why they are able to outbid all the lower clubs and get the player to play for their team.

Clubs are making more money than ever before. The reason may be globalization and other technological advancements, such as the pay-TV market, which has exposed football to a much larger audience. Therefore, it has become a lot more popular and profitable.

It was revealed that the first seasons of Premier League aired in 1992-1997 were sold for around £200 million. However, the more recent seasons, such as the ones aired in 2016-2019, were sold for £5 billion. Therefore, the interest in soccer is skyrocketing, and the clubs are earning much more and are able to pay their players accordingly.

Another reason why footballers earn so much is because of the Superstar effect. As they are well known, alongside their salary, they can also take up sponsorships and endorsements, which can earn them a pretty penny.

Superstars in the football world also have their own roles to play. They become representatives of their teams, and in return for their performances, they expect a high reward that the clubs have to agree to since they too are benefitting from it.

Are Footballers Paid Too Much? There is an ongoing debate about whether or not football players are paid too much. Many believe so. It is common to see reports of enormous transfer fees after every transfer window. High-quality players cost a lot, and clubs are willing to pay that money to have such players on their team.

Recently, Fernando Torres transferred to Chelsea, which cost them £50 million. Andy Carrol also cost Liverpool £35 million, which are incredibly high prices for a single player, but there is money in football, and these clubs will spend it on players they believe are worth it.

However, it is not the case for every footballer. Only the star players are able to earn such a salary, whereas around 50% of football players earn $1000 or even less. However, the big stars make a considerable sum.

They earn a lot because they have the talent, and the clubs recognize their insane amount of skill. The more talent they have, the more valuable they are to the team and the more they are paid.

Soccer clubs are basically paying for the talent which has made these players football success stories. They help their team win certain national and international matches, and by winning, they gain popularity and are able to create a fanbase that will spend money on them and buy their tickets and merchandise.

Professional soccer players are often a part of a club as well as playing for their country in international competitions. However, the difference in the salary paid by the club is way higher than that paid for representing their country.

The main reason why clubs are willing to pay such high amounts is that they are playing for a player’s talent, fans and popularity. If they have an exceptional player, the club will also be able to profit from it. Whereas when playing for their country, it is more about the pride of representing one’s own country.